THOUGHTS FOR MY PENNY

Traumatic – that’s what it was – the day the animals dropped off the face of our coinage.  No more bull, no more horse, no more deer standing regally over my purchases.  After January 1, 2002 they were side-lined, ditched, destined never to see the light of mint again.  Coming across an old penny between attic floorboards the other day set me off thinking about old coins and how much I miss them.

For many years farmyard animals and wildlife

had pride of place on our coinage – on the 5p, the 10p, the 20p, the 50p, on the one pound coin and before that, on our older shillings and pence.  The images served to keep us close to our rural roots as far as I’m concerned, and highlighted the importance of agriculture in this country.

How could we pay for a single item without being visually reminded of what kept the country going, fed and entertained – the beef industry, equine sales, tourism, even countrywomen’s pin money (eggs)..

Since Euro changeover day, we’ve been using money that features maps, gates and bridges – all very relevant in this look-to-Europe climate but a bridge too far for me, alas. 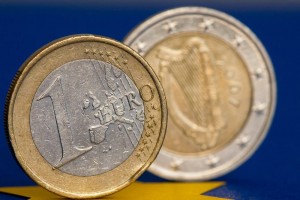 It’s not that there is anything wrong with the euro coins and notes.  A lot of thought obviously went into their ‘no-frontiers’ and ‘dynamic background of lines and stars’ design but there’s nothing like a currency that brings you down to earth every time you look at it i.e. coins that have grass roots appeal.

HEN AND CHICKENS GOT DECIMAL ELBOW

Euro time wasn’t the first swipe at our four-legged friends, however.

Decimalization in February 1971 had already put paid to several farmyard familiars, namely the hen and chickens, and the sow and bonhams, not to mention the greyhound and the wilder hare that adorned the 6d, the sixpence piece, and the 3d, the threepenny bit, respectively.

Whether these animals getting the decimal elbow had a negative effect on the pig, poultry and dog-racing industries in this country I’ve no idea, but I wouldn’t be at all surprised – sideline a symbol and you diminish the value of what it represents. 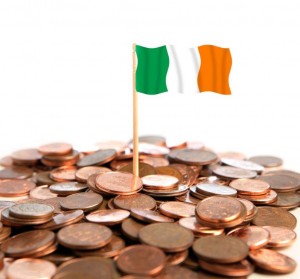 There’s nothing for it now, of course, but to accept the currency we have.  Acceptance, they say, is the key to happiness but nostalgia seeps back occasionally when I find an old coin. It pulls at the heart strings somehow, making me miss salmon jumping over the weir, bulls pawing the ground to get out of my pocket and the snipe nose-diving in silent flight as I spend the grand sum of 50p. All has changed, changed utterly. Was a European beauty born? Alas, we’re not coining it. No such luck. We haven’t got two cents to rub together and if we had they’d probably be rounded up.  Still, life goes on and as long as we have some kind of jingle in our pockets we’ll get by and be able to have, every now and again, on attic sorting days, a few little thoughts for our penny.