THOSE WHO HAVE EARS TO HEAR…

Yes, you never know what you’ll hear where, even when you’re minding your own business. Here are a few examples of what I’ve heard already this month out and about in my home town: 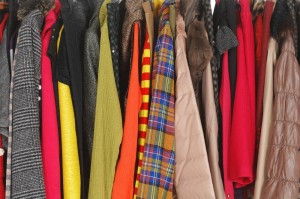 In a clothes aisle of a department store. One young woman to her friend:

“I’d love a jacket like the one in Love/Hate had – the one that got raped. Tell me if you ever see one.”

In a church car park. Five or six-year-old boy with man and woman in their 30s, boy shouting at man:

‘Two kids’ fares to the airport please. One way.”

On a street on a very damp day. Two elderly men meeting:

After a funeral. Chat afterwards when two couples meet:

“We’ve known each other twenty years and we haven’t boxed yet!”

“You’d hear the wind coming down the chimney when I was young. There’s be a whiffle in it.”

“For God’s sake, an optimist’d tell you that bullshit is a fertilizer.”

On the street, one woman to another:

“They were nice neighbours. You wouldn’t know they were there.”

Inside a supermarket door. Two women:

“What is it with Christmas and chocolate?  Was Jesus a chocoholic or what?”

In a café – business man on mobile phone:

“It was a shock given that I classified you as a friend.”

Coming out of a shop, middle-aged woman to younger woman:

“She gets like that when she’s going somewhere – drive you demented.”

“Even the pork chops come in pairs!”

On the street. Two elderly men outside library:

“The two of us were born too soon. When you see the things chaps have now.”

“Making ends meet is grand but being able to tie a bow’d be better.”

In a pub at lunch time:

“The boom was mad – everyone was living in themselves too much.”

“I couldn’t listen to him. He’d put your head away.”

“Recession? What recession? Maybe for people who had money but for most of us it’s been the same as usual – struggling.”

So now I’m wondering what the shock was that the man on the mobile had, why the girl wanted a Love/Hate type jacket, where the boy learned that his father was the boss of his mother, why someone would comment on pork chops being in pairs and what was wrong with the man who was driving the Northern woman’s head wrong.

I’m also thinking about two(unaccompanied)kids getting one way tickets to the airport. Where were they going and how could anyone say goodbye to them at a bus stop?  Maybe I’ll have to take to my pen to get closure. Imagination take flight.

Until next time. Happy Christmas.