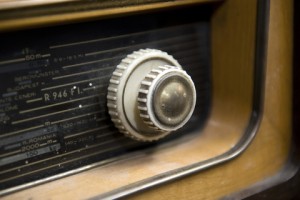 Radio is a life-long love. Ours was a radio-only house until I was nine and I think that had a huge impact on me in terms of setting my media preferences.

I define radio as ‘voices with stories attached’ and my earliest memory is of the kitchen at home on a Saturday night, the air smelling of soap and freshly-scrubbed children and us all listening to Dear Sir or Madam presented by the late John Skeehan.  I can still hear his voice reading out the letters and that distinctive signature tune that included the sound of typewriter keys clacking – The Typewriter by Leroy Anderson, I now know.  Maybe my fascination with it was a sign of things to come.  I still have a fascination with the old Smith and Corona machines …

Listen in on YouTube where there are many versions of it – an oldie but goodie..

My first radio success was with a radio play, Dark Horse broadcast on RTE Radio 1 in 1990.  A previous play The Biscuit Tin hadn’t quite made it but had earned me a place on a “Writing for Radio” workshop in RTE.

I still remember the day Dark Horse was broadcast and the delight of a) hearing the words on the page coming to life and b) hearing words I’d written coming out of the mouths of familiar RTE Players like Brendan O’Duill.

I later worked with South East Radio as a breakfast show co-presenter and a researcher on its current affairs programme Regional Express where I particularly enjoyed working on the People and Places series with producer and presenter, Alan McGuire.  It was a series that focused on the lives of communities and individuals across the county.  Contributing to the farming programmes was also a huge interest – reared on a farm, I wasn’t far from my roots.

It was also in South East Radio that I first researched Rose’s story and subsequently made a radio documentary entitled Forgotten People which was broadcast in October 2000.  I was delighted that it received funding and commendation from the Independent Radio and Television Commission (now the Broadcasting Commission of Ireland).

Sunday Miscellany essays came later. It is a programme of music and musings that I had always had an ambition to write for. Shyness eventually overcome, I submitted my first piece, Blasted Stones – a reminiscence about land reclamation on the Wicklow farm I was born on in the 1960s and the drama that day when stones were blasted sky-high so that the cow could give way to the plough …  It was also published by New Island Books in an anthology, Sunday Miscellany 2004-2006.

Missing the Beet, a reflection on the loss of Ireland’s sugar beet industry was also broadcast by RTE and published in Sunday Miscellany 2008-2011, a second anthology from New Island.

To listen to a podcast click on:  Missing The Beet

Stay tuned for other pieces, news of which will be posted on my blog. 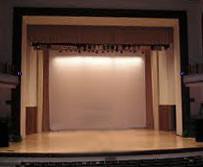 The one-woman show Is There Anybody Sitting Here (aka Mabel at the table) was written in the space of three weeks – it literally took me over.  It was about a woman bending the ear of every person she sat down beside in a café about the men in her life and why she was calling it a day where the opposite sex were concerned.

It has been staged three times in Wexford Arts Centre and the script is available through the The Drama League of Ireland and runs to 50 minutes – ideal for a lunch-time or dinner theatre billing.