Prior to that serviettes or table napkins of any description hadn’t really hit my radar much.

As a child growing up on a farm there wasn’t really much time for meal-time frills, and while white paper ones may have made a brief appearance at Christmas in latter years, I didn’t have any great knowledge of such things until I worked as a waitress in a hotel as a teenager.

That’s when I got up close and personal with these items, particularly 3-ply, gold-coloured ones that themed with the hotel’s décor.

ALL SORTS OF WAYS OF FOLDING

Because folding serviettes was an important part of the job we were instructed in same by the permanent and professionally trained staff who were whizzes at it.

There are all sorts of ways that you can make a piece of paper stand to attention, we were told. You just had to know how to do it. So we folded and practised, practised and folded.

Now you could choose the easy options, the pyramid or pocket handkerchief shapes, which only involved a couple of diagonal folds of the serviette – a likely breakfast or lunch-time style – or you could go more for fan shapes to stand between knife and fork if you had more time and dinner was approaching.

You could also go all ecclesiastical and shape the paper napkins into stiff ‘bishop’s hats’ or if you were feeling really ambitious, you could shape them into swans, maybe for a wedding top table or a gala dinner dance.

My favourite fold, though, was what I called the flowery one. It was the most decorative and flamboyant, I thought, standing in a sparkling wine glass with the paper ‘leaves’ towering and tumbling down each side.

There was a lot of folding to be done, of course, for the flowery type, first this way and turn it, then that way and turn it, and then you had to fold the napkin back on itself several times before positioning the flat edge in the glass. After that it was a case of separating out the delicate plyed layers to get the ‘flowery’, ornate effect.

It’s that kind of flamboyant serviette that I’m thinking of now in the run up to Valentine’s Day and right now I’m back at that eventful 14th of February night in 2003. 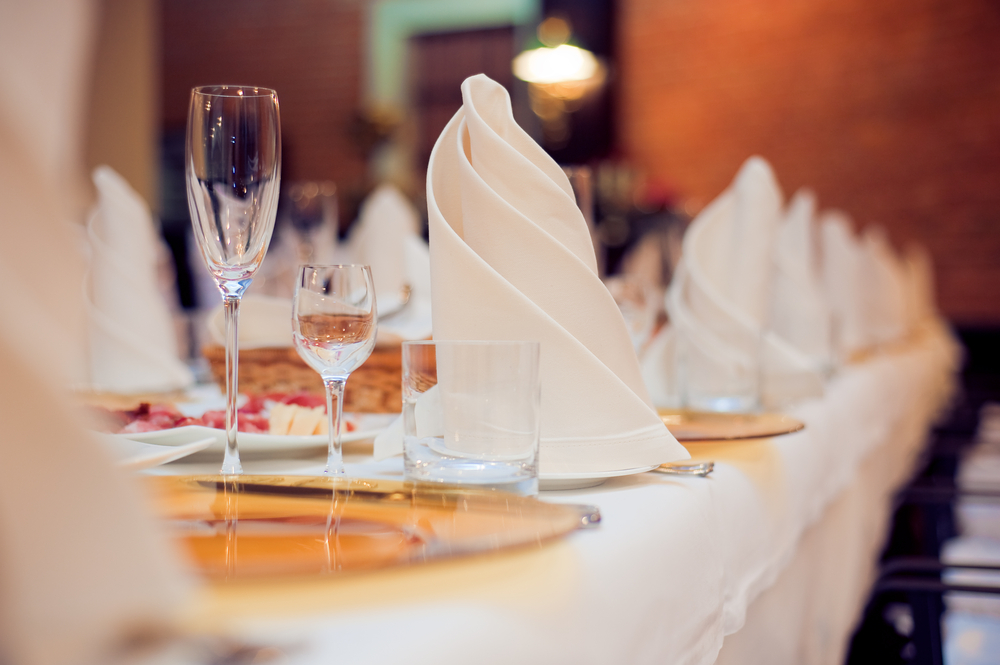 There we were, all dressed up, walking into the dining-room of our favourite Wexford hotel.

What more could a body want?

Within seconds the waitress had brought us the menu and that, to be honest, was where the trouble started.

No, we weren’t fighting over what we would eat. Instead there was a small problem related to..visibility. 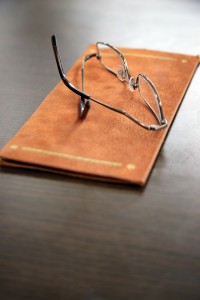 Yes, long-sightedness had kicked in, in my husband’s case, and while I had the menu choice sorted he was in the mutters about the bad light and to remedy the situation what did he do but put his hand over and pull the candle a bit closer…

Now if he hadn’t made such a move – and if the candle had been a bit shorter – what happened would probably never have happened but there you go, hindsight is a wonderful thing, and as he moved the candle over, both he and I failed to notice that it was now positioned dangerously close to his glass – and its over-spilling, flamboyant serviette…

All I can remember is the ‘whoosh’ and the flame and uttering the Lord’s name (in vain) and feeling paralysed by the fright and the suddenness of it all but luckily our momentary paralysis – brought on by the shock of such a conflagration – wasn’t fatal, because next thing we knew, a great ‘splosh’ of water arrived from the left, thrown on the fire by the male half of the couple at the next table who obviously had a fireman in his ancestry.

And there it was, all over, and the once flamboyant serviette was now just a little heap of blackened ash in the bottom of the glass.

All I could do then was laugh. Quite a few people laughed actually. Beloved eventually joined in when the mortification had receded.

‘I always said you set my world on fire – baby,’ I said and my shoulders shook with laughter again.

So that’s why I smile when I see serviettes, especially flamboyant ones, and I smile even more when I think of the oblivious waitress returning to our table that night from the far side of the dining-room to take our order, and of her pausing momentarily and sniffing the air and asking eventually if anyone else smelled burning…