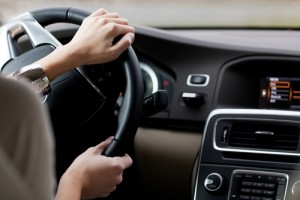 It’s silage time again and there’s the weather to make it, hallelujah, and as I write, tractors and trailers are rattling down the lane, off to harvest grass and pit it for the winter.

What’s a go-for, you may ask? Someone who goes for this, goes for that and then some – aka an important cog in any farm family wheel. And also someone who may be a tad under-appreciated. Behind every good farmer there’s a go-for – I should know – I’ve been one and I still get to wear the t-shirt sometimes!

This indispensable species – the goforitas quickasyoucanacus – comes in all shapes and all sizes but is predominantly female.

The detergent in the milking-parlour runs out – the go-for is out the gate before the froth has well settled on the tank.

Often overlooked and under-valued they run the errands, pick up the slack, prop up the system and keep the wheels of industry turning. Yessir, it’s time for the go-fors of the world to unite and take their places as the farming institution they undoubtedly are.

And how can you recognize the go-fors of this world?  It’s easiest during the very, very busy seasons – spring, harvest, calving or lambing time. They can be observed sleeping with a steering wheel in their hands or the car keys in their pyjama pockets just in case they’re needed urgently during the night.

They often sport red eyes, too, due to constant demand particularly when the weather flag is up and there is a window of opportunity to get work done. Items are usually required in a hurry, causing the adrenalin to flow in style. The most commonly heard admonition to the go-for is “Don’t be there till you’re back.”

The go-for can also look a bit bedraggled on occasion as go-for demands take their toll on top of all her own work and her family duties. Calls from the yard usually come at the right wrong time, too – like when number two baby has just gone down for a nap or when granny down the lane has a chiropody appointment or when dinner is half cooked in the pot but the farm need usually has to take precedence over those of the house.

The go-for is usually an excellent driver.  Where she may not have been when she started, she is by now, due to the large amount of practice she has had since getting hitched.

Indeed, her farming swain may have quizzed her as to her abilities in this department during their courtship.  Instead of taking her clubbing he may have engaged her in trailer-reversing activity in order that she fit the go-forring bill should he eventually decide to pop the question.

It’s just as well, then, that a number of things have made the life of the go-for easier. The first one was the advent of the internal combustion engine.  Prior to this, go-fors must have died early due to exhaustion.

The second was the invention of the mobile phone. This enables her to liaise with her in-the-field hubby from her destination – the co-op, the parts supplier, wherever – when the promised item she’s gone for is not actually in the store, even though she was told it was, and an alternative has to be decided upon.

Now she can even send a photograph of an item to beloved in the field if required to establish suitability – a stress reliever all round.

But still she is needed to get the physical object itself from point a to point b at speed . . .

Yessir, the go-for is a farming institution – one that in these recessionary times, trad-minded farmers may be appreciating just a little bit more – hallelujah again – as it’s not before time. It takes a team to run a farm business and everyone’s input should be appreciated, I say. How about a monument to the go-fors of this world – a ‘woman at the wheel of a car’ statue, in bronze, no, gold, to represent the many journeys of the go-forring individual?  Maybe I should start a petition as soon as I come back. Now what was it I was supposed to get?